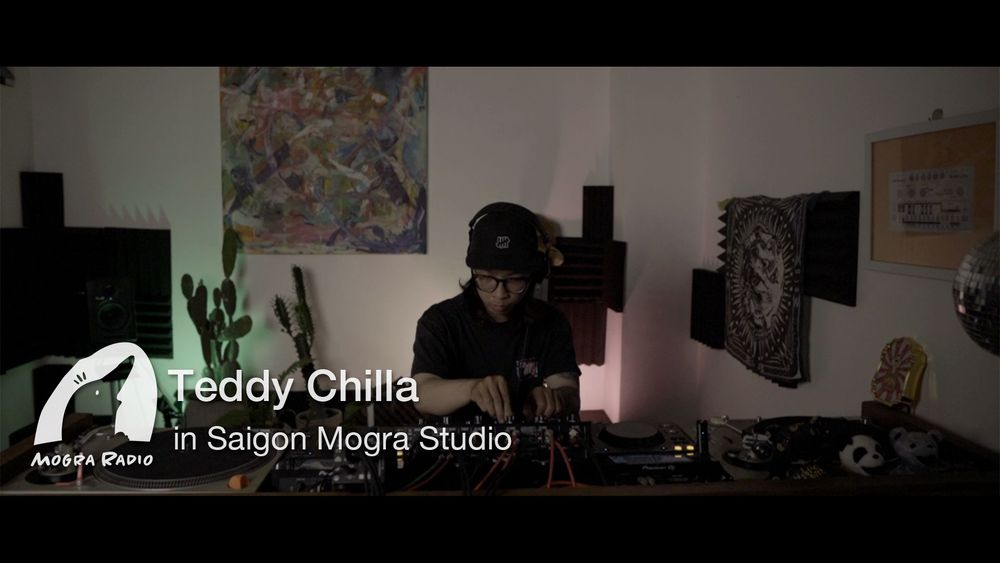 We invited Teddy Chilla to Saigon Mogra Studio.
Teddy Chilla is a young Music producer/DJ in Saigon, He is creating/playing modern Underground Bass Music as UKBass, Trap, Dubstep, etc...
We had some party together and then invited him to Saigon Mogra Studio for shooting this exclusive set.
We can find many Vietnamese songs/remixes and also his cool own original tracks in this set.
originate Saigon, Vietnam. it's a young and interesting movement.
feel the vibes of this Saigon's underground movement!

[Teddy Chilla]
As an independent music producer / DJ based in Saigon from 2011 till now, Teddy Chilla used to work on Trap / Electronic and has been known for his tracks like Vợ Chồng A Phủ (ft. Đen Vâu), Người Tình Mùa Đông remix, Chỉ Riêng Mình Ta remix, Mảgarita (Original), Tứ Phủ remix… These tracks might not hold strong energy as normally seen in the festival trap but they brought in new vibes from his choice of sounds and traditional materials like đàn tranh (Vietnamese guzheng), Vietnamese vocal sample along high involvement of percussion.

Teddy is no stranger to the underground music scene in Saigon as he has been joining many EDM events i.e. Bass Republic, Piupiu block party, Jungle Fever, Submarine Bass, Bouncy… He had collaborated with Suboi and the contemporary dance group “Urban Distortion” at City Opera House (Saigon), L’Espace (Hanoi) as well as performed in Singapore with Transitscape.

Teddy has recently released his latest single Conspiracy - in collaboration with the multimedia team All in one. The track is created with UK 2step garage/bassline style, featuring Vietnamese guzheng and the vocal of Professor Tran Van Khe.