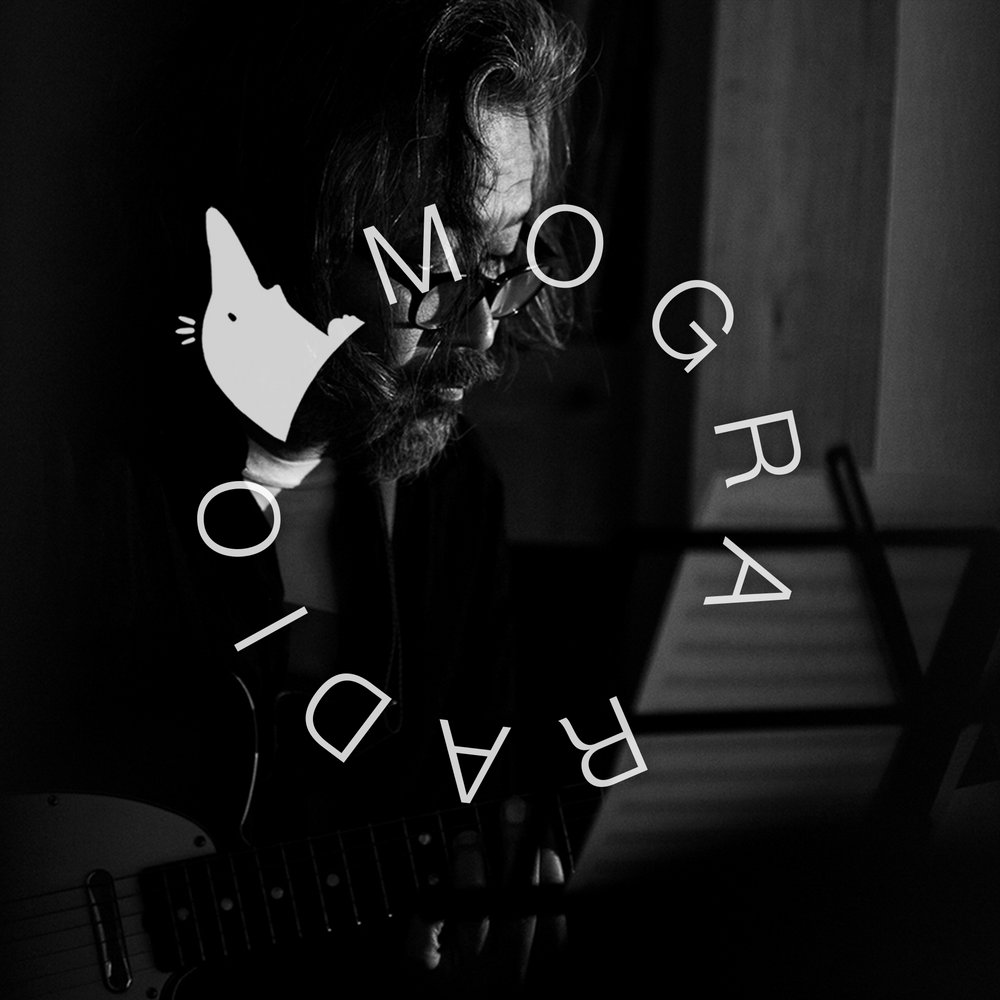 The first time I met Marron san was when I was living in Hanoi in 2017.
From there we played at the event every year in Hoi An and Saigon as tour support.
He was a really energetic old guy and I had the impression that I had never seen anyone like him in my life.
However, I was always healed by his interesting and zen ambient and excellent guitar performance. Thank you for the opportunity to share this feeling with more people.
(Teruu)

Mogra Radio: Please tell us about the situation at the time of your performance. What kind of event was it?

Marron: This was a live performance at the Nakayama Art Museum in Ise to release my solo album, Music for Hot Spring, which was released last year.

Mogra Radio: You've been to many places in Asia, but how do you feel about the live performances and society in Vietnam?

Marron: I've been to Vietnam 7 times and played in 4 cities. Each city had a very different character.

Saigon, a chaotic yet powerful city
Da Nang, where the city and nature are in harmony despite the development
Hoi An, a beautiful city by the sea
Hanoi, This is Vietnam! a proud city with an old quarter

That's what I thought.

Mogra Radio: As a musician, do you have any advice for artists who want to play in foreign countries?

Marrin: In my case US was the first.

It seems that my style of playing, which no one else was doing at the time, caught their attention and they asked me to play.

As for Asia, there were two songs that sold a lot of 12 inches, and I was invited by local DJs, and the dots became lines, and such miraculous tours spread every year.
Music really does transcend countries and languages.

Players should listen to a lot of different music, practice hard, make friends, and cherish their relationships.
Performing abroad. If you live your life with the image of "I'm going to perform overseas," things will surely progress in that way.

Born in Yasu, Shiga in 1969, he hasn't stop playing guitar since he picked up his first guitar when he was 12. Through his musically-liberated unique filters, he gives birth to various genres of music. Smiling from ear-to-ear, he believes there lay something beyond laughter.

Under the solo label of "marron aka dubmarronics", he gained the respect of musicians around the world as the founder of guitar electronica for his unique ambient technique.

With the duo "dubdub on-seng" with Manabu Sakata, the potential of a Drum'n'guitar duo was unleashed with the smash-hit 12-inch single "Calypso On-Seng" released by Japonica Label. "Based On Kyoto" he believes in "Think global, act local" and leads the movement with DJ Daichi mainly in the house music scene. He pushes the frontier of ambient music and gives it a new definition with his works by "dubmarronics". His other activities include Progressive Jam Trio - "Pramai Zero" with Yuji Katsui and Tatsuhisa Yamamoto, Kyoto Sightseeing Guide and Rock Jam Unit "Guitar Hero Kanko Kyokai's" with SHIMIZ from SOFT, "HERBS" with 528Hz ACOON HIBINO, "George to Marron no Ambi na yoru" with Joji Sawada, support of "Sayoko" (Sayoko Otonara, ex.ZELDA), etc.

He has also collaborated with many international artists, including "Fernando Kabusacki" from Argentina, "Bill Horist" from Seattle, and British filmmaker "Max Hattler", and has worked as the music director for Seattle's Butoh team “P.A.N.", which won the Chuncheon He won the dokkebi awards at the International Mime Festival. As the music director for the performance group “holon", he won the Special Jury Prize at the ACC Sound Performance Dojo. In addition, he has performed at Portland's 5 Centers for the Arts, Seattle's Moore Theatre and has provided music for the All One Project Foundation, a non-profit foundation that supports mindfullness activities. In recent years, they have been touring in Thailand, Vietnam, Hong Kong and other Asian countries.